Today’s policies will not impact the rate or extent of climate change the current generation experiences. We are already locked in. So this is policy making solely for the future. And whilst the climate change impacts are long-term, there are urgencies and irreversibilities within our economies which need strong short term action to avoid triggering runaway climate change. It would also be sensible to avoid building fossil fuel power stations or roads which we cannot use in the future. These are decisions being made now.

Lazarus (2009) writes how psychologists have found that human’s have ‘cognitive tendencies and limitations which produce a “massive social trap” when it comes to long term issues such as climate change:   We are myopic, tending to discount things in the future in favour of short-term reward; we use an ‘availability heuristic’ (or mental ‘rule of thumb’) whereby we largely only respond to things that are imaginatively available to us; and we use a ‘representative heuristic’, we are not compelled to respond to issues where the cause and effect of our actions is not clear. 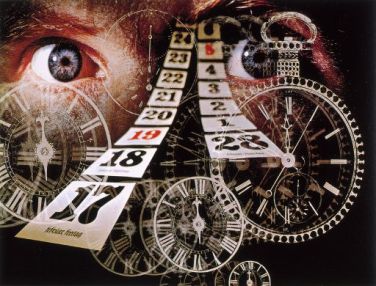 Even if we were able to access a collective rationality (Levin et al, 2012), the unequal distribution of power in society serves to further work against action for the long term, as it usually comes at a cost to the present incumbents.

These aspects of long-term policy making have been termed a problem of ‘time-inconsistency’, where the optimal policy decisions for the long term are not the optimal policy decisions today (Prescott and Kyland, 1977). It is exactly this conundrum that should be the focus of the climate mitigation policy communities attention. Whilst we are very good at identifying the emissions and cost implications of particular scenarios of the future to time periods of 2050, or even 2100, knowing how to translate these results into policy that effects transformative change for the long term has been far less considered.

Up until recently, scholars have not been able to imagine policy mechanisms that address this problem of time-inconsistency, likely because of the dominance of a reductionist, classical science paradigm constraining our thinking.  However, emerging analysis appears to be starting to make some headway, much of it grounded in principles of complex systems.   I will outline some of these in a follow up post.

10 thoughts on “‘Time-inconsistency’: the heart of climate mitigation as a policy problem”